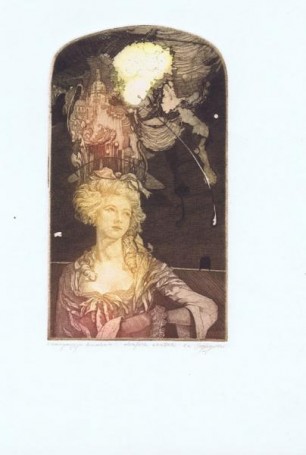 Born in 1955. During the years 1975-1989 studied graphic arts in the State Artistic High School in Łódź. He graduated with honours from the rotogravure atelier of the professor Leszek Rózga and from the painting atelier of professor Stanisław Fijałkowski. Since 1979 worked in the department of fabric and garment, where he was the director during the years 1996-2007. In 2006 he became a professor. Chojnacki was the rector of the Academy of Fine Arts in Łódź in the years 2005-2008 and 2008-2012.
ADD TO CART Ask
Your message has been sent. Thank you!
An error occured. Please try again.