From 1st of june till 15 june we are inviting you for our new exhibition of young polish graphic designer - Jan Bajtlik, the author of many posters, graphics, illustrations and drawings. The presentation will be connected with sale of artworks and promotion of three books, that Bajtlik illustrated - "Typogryzmol", "Auto" "Sztuka latania". 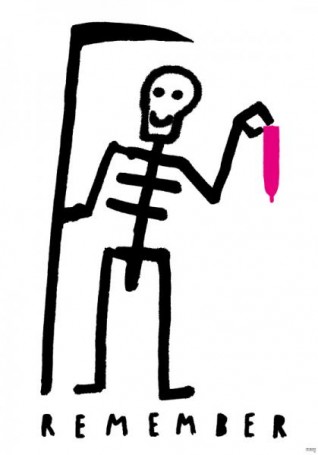 Jan Bajtlik(born 1989, master’s degree in Academy of Fine Arts in Warsaw in 2013, currently PHD student of graphic department) he is a member of the Polish Association of Applied Graphic Designers (STGU). He’s been creating children’s books, posters, illustrations, fonts, visuals identifications for cultural events, and conducted typography workshops for children. He is the author of an activity book for children “Typo-scrawler” (“Typogryzmol” – in Polish; published by the Dwie Siostry Publishing, awarded Bologna Ragazzi Award 2015) about typography and creative scribbling. He illustrate among others for „Time Magazine”, "The New York Times", "Gazeta Wyborcza". He has received numerous awards in national and international graphic competitions, including a silver medal at the 10th International Poster Triennial in Toyama (Japan). He has worked with Paweł Althamer and Michel Bouvet. He has held 15 solo exhibitions, and participated in nearly 85 group exhibitions. He was awarded a Ministry of Culture scholarship “Młoda Polska 2014”. Jan is a keen traveler and rock climber. He lives and works in Warsaw.
Ask
Your message has been sent. Thank you!
An error occured. Please try again.