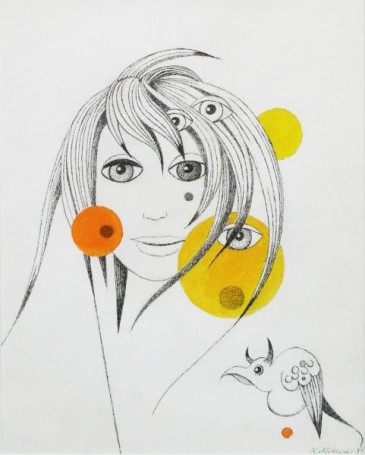 He was born on the 10th of February, 1918 in Cracow. Died on the 27th of July. Painter, stage designer, draftsman. He studied painting under Kazimierz Sichulski's protection. Under the occupation period, he was studying at Staatliche Kunstgewerbeschule Krakau and in 1946 he begun acting and directing studies. He represents a methaphorical, surreal and lyrical Polish painting. His works are characterised by grotesque and absurdity. His favourite motifs are young, charming ladies, birds, butterflies, stylised plants, flowers, trees, which creates a composition that reminds of theatrical scene, where manequins are the main elements. He was also a co-founder of Cricot 2.
Ask
Your message has been sent. Thank you!
An error occured. Please try again.