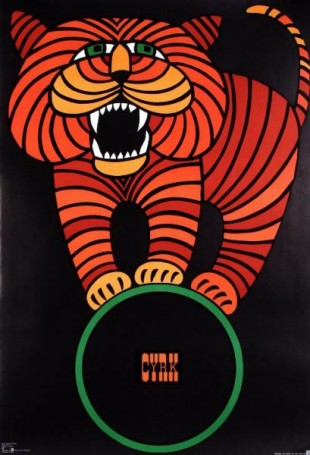 He was born in 1924 in Warsaw. Died in 1999. Polish graphic artist, poster artist and designer of books illustrations. He received his diploma in 1955 under Tadeusz Kulisiewicz's protection. After his studies, he started collaboration with publishing house WAG, that sponsored poster designers at that time. He was one of the most colourful and funny graphic artists within, so called, Polish School of Poster. At the same time, he was still restrained and balanced when it comes to artistic means. His work was presented in many cities such as: Vienna, Berlin, Prague, Budapest, Sofia. He was also awarded during International Biennale of Graphics in Lublana and Mostra Internazionale di Manifesto Turistico in Milan. He got a prize for the best poster of the year 3 tmes.
ADD TO CART Ask
Your message has been sent. Thank you!
An error occured. Please try again.