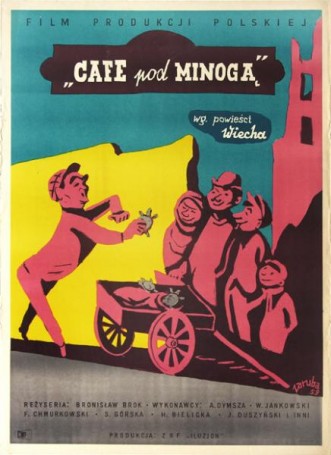 He was born on the 17th of July, 1891 in Radom. Died on the 17th of January, 1971 in Warsaw. Jerzy Zaruba was an eminent Polish caricaturist, painter, ilustrator, man of letters. At first he studied at the Warsaw Academy of Fine Arts, then he started his education in Paris, where he also had his own atelier. Zaruba made his debut as a caricaturist in a humourous paper "Marcholt". His drawings, and also columns, were published in other magazines. After the World War II, he left for Lodz. There he started working as a draftsman and graphic editor-in-chief in a satirical weekly "Szpilki", he colaborated also with "Przekroj" magazine. However, today Zaruba is recognazible for his wonderful dolls for pre-war nativity scenes ans also for numerous illustrations for Stefan Wiechecki's books.
ADD TO CART Ask
Your message has been sent. Thank you!
An error occured. Please try again.