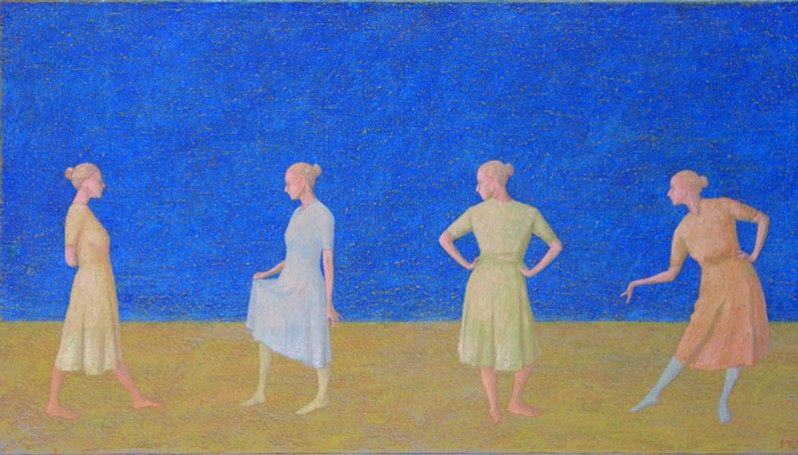 Born in Warsaw in 1953. Studied at the Academy of Fine Arts in Warsaw.Graduated in 1977 under tutorage of prof Jacek Sieniecki. In 1977-1989 worked as a teaching assistant and lecturer at the Faculty of Painting at his alma mater. In 2001 awarded the Prize for Best Painting of the Year by a monthly magazine Art & Business. Simple representational style of his paintings refers to the Italian Quattrocento art, and any resemblance to surrealism – as he often stresses – is purely coinciding and superficial. As well as being an ironical observer of ongoing life and interpersonal relations, he is the author of one of the most poetical painting styles. He paints his characters based on the photographs he has taken and modelled in together with his wife, Bogna. He positions the characters in the unreal landscape and makes them play some imaginary roles of duelling couples, dancers, musicians, jugglers. The characters are often multiplied and shown in consequent stages of movement.
ADD TO CART Ask
Your message has been sent. Thank you!
An error occured. Please try again.