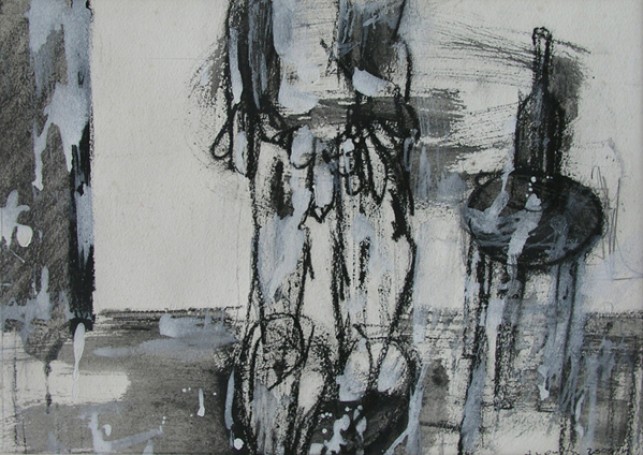 Born in 1950 in Warsaw. He studied at the Warsaw Academy of Fine Arts, where he received a first master degree in Prof. Jerzy Tchorzewski’s workshop. After leaving Poland, between 1979-1984 he gave lectures at the faculty of Fine Arts of the State University of Veracruz in Mexico, where he ran a graphics workshop and gave seminars in art history. Co-creator of the University Gallery. In the years 1987-1994 Kociemba cooperated with one of the most famous art galleries in Latin America, founded in 1935 by Carito Amor, Galeria de arte Mexicano( GAM), where artists such as Frida Kahlo, Diego Rivera, David Alfaro Siqueiros, Rufino Tamayo and Andre Breton showed their work and where in 1940 the first surrealist exhibition outside of Europe took place. Between 1994-1995 he was a resident artist in Berlin. His stay ended with an exhibition sponsored by the senate of the city of Berlin. Krzysztof Augustin is an artist who occupies himself with painting and drawing. Since 1998-2006 he has given classes called “Workshops of Creation” for IVth year students of the faculty of Graphics Department at the Academy of Fine Arts in Warsaw. His work may be found in various private collections in: Mexico, USA, France, Germany, Poland and in the Jose Luis Cuevas Gallery of art in Mexico DF
ADD TO CART Ask
Your message has been sent. Thank you!
An error occured. Please try again.