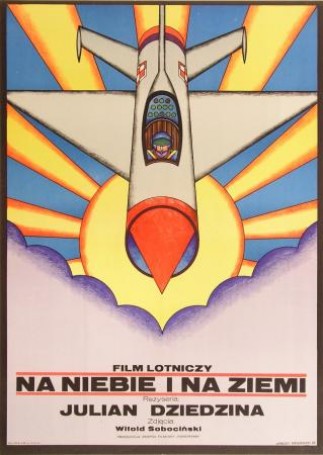 Born on the 20th June, 1933, is an artist and Polish expatriate currently residing in Newark, New Jersey in the United States. With a career that spans more than half a century, he continues to masterfully create paintings in his art-deco signature style and in pop art style. Krajewski is best known in Poland for his movie posters, a career he began in 1965. He designed sometimes up to a dozen movie posters every year up until 1980. In 2005, de Krayewski made a comeback with the Polish theater poster for Valentine's Day. He wrote a novel in the late 2000s, Skyliner, titled after a Charlie Barnet hit, about trying to escape from the Iron Curtain in the early 1950s. In America, he was the official artist for the 1997 Panasonic Jazz Festival and painted the New York Film Academy painting which could be seen on countless Academy posters and ads round the nation. He married actress and pianist Jadwiga Tyszka in 1985, and the two emigrated to America. He has won many awards, and his work is cherished and sought for by many art collectors worldwide.
ADD TO CART Ask
Your message has been sent. Thank you!
An error occured. Please try again.