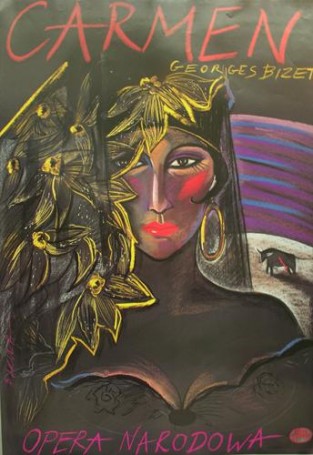 Bakuła has gratuated with honors from the Academy of Fine Arts in Warsaw, where she had studied with Polish masters such as J. Tarasin, E. Eibisch, A. Kobzdej. In 1981 she left for New York and settled on Manhattan. She painted, designed scenography and costumes for the avant-garde theatre "The Kitchen". These designs were praised by "The New York Times" as the best of the Off Broadway projects and won Bakuta first prize. In 1989 she came back to Poland. Since 1996 years Bakuła organizes Franz Schubert's Music Festivals. In 1997 she has established the Hanna Bakuta Foundation and later, the Women's Club. Hanna Bakuła is author of the many portraits, including Grace Jones, Liv Ullmann, Yehudi Menuhin.
Niedostępne
Ask
Your message has been sent. Thank you!
An error occured. Please try again.