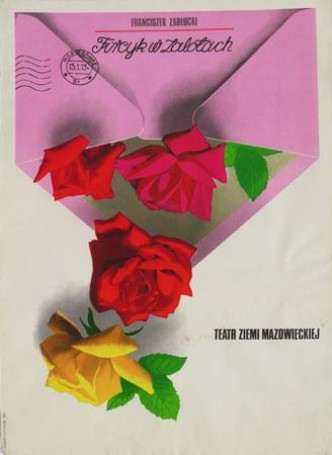 Jozef Mroszczak was a Polish graphic designer and representative of the Polish School of Posters. He was born on the 11th of May 1910 in Nowy Targ. Died on the 19th of September 1975 in Warsaw. He is considered (with Henryk Tomaszewski) to be a founder of Polish School of Poster. After graduating from high school in his hometown in 1928, he started his studies at Cracow’s School of Decorative Arts and Art Industry (1930–33), and then at the Kunstgewerbeschule and the Graphische Lehr- und Versuchtanstalt in Vienna’s Academy of Graphic Arts (1934–37). Mroszczak was an initiator and co-originator of the first in the world Museum of Poster in Wilanow. He was also the author and founder of the International Poster Biennale in Warsaw.
Niedostępne
Ask
Your message has been sent. Thank you!
An error occured. Please try again.