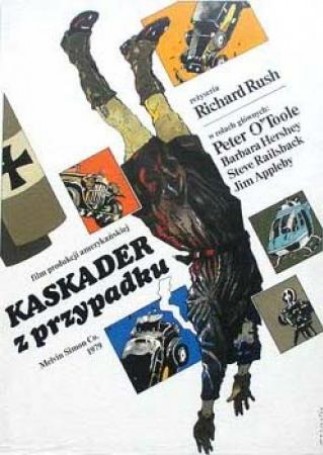 Grzegorz Marszałek was born in 1946 in Świnna nr Żywiec. He studied at the Painting, Graphic and Sculpture Department of the State College of Fine Arts in Poznań, where he obtained an honours degree from Professor Lucjan Mianowski and Professor Waldemar Świerzy. He has been a teacher at the College (now Academy of Fine Arts) since 1971. In 1994 he received the degree of Professor of Fine Arts. In 1995 he became the director of the Poster and Illustration Studio at the College of Applied Arts in Szczecin. Since 1998 he has been Head of the Poster Studio and since 1999, Director of the Visual Communication Department at the Academy of Fine Arts in Poznań. He specialises in illustration, drawing and applied graphic design; designs posters, book covers, logos and press layouts. Professor Marszałek has taken part in many poster exhibitions in Poland and aboard as well as in all the editions of the International Poster Biennales, i.e. in Warsaw, Brno, Lahti, Fort Collins, Toyama and Ogaki. His major awards include: an honourable mention at the 7th Polish Poster Biennale, Katowice, 1977; Silver Medal at the International Biennale of Applied Graphic Design, Brno, 1978; Medal and 1st Prize for graphic design at the 7th Festival of Fine Arts, Warsaw 1978; Silver Medal at the Polish Poster Biennale, Katowice, 1979; 3rd prize for poster in the The Hollywood Reporter competition, Los Angeles, 1981; honourable mention of the jury at the 2nd International Poster Salon, Paris, 1988 and an honourable mention at the 12th International Poster Biennale, Warsaw, 1988.
Niedostępne
Ask
Your message has been sent. Thank you!
An error occured. Please try again.