Hommage a Vincent, 1990, offset on paper 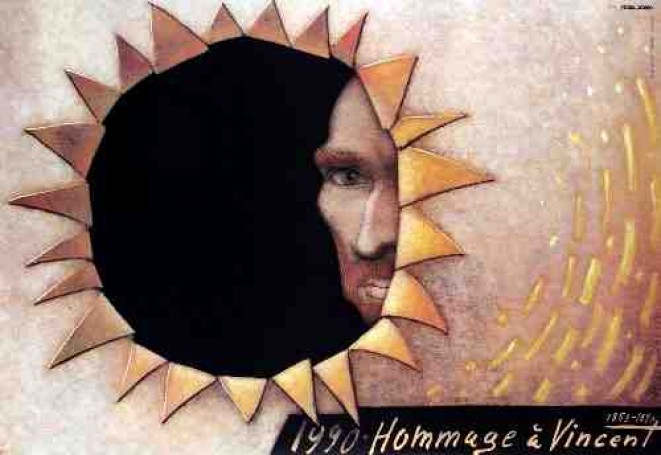 Mieczysław Górowski (born in 1941 5 February near Nowy Sącz - died 2011 31 August in Cracow) was a Polish graphic artist. He studied at the Cracow Academy of Fine Arts 1959-1966. He was a professor of Faculty of Industrial Design Academy of Fine Arts in Cracow. He started designing posters in 1966 and had realised over 400 posters. In addition, he worked in interior design and painting but as the artist said about himself: "For many years I have been creating posters - this is the main direction of my artistic and design activity".